It's been a while since I've tested how the app works with the physical card game, so today I'm doing that. I'm going to play through a 4 mission campaign as Black Panther, and log it here. I'll also be compiling my notes and bugs in this post.

I was given the choice between this and fighting Ultron. This is far easier I believe, so I might need to work on the code that generates the choices of missions to fight. 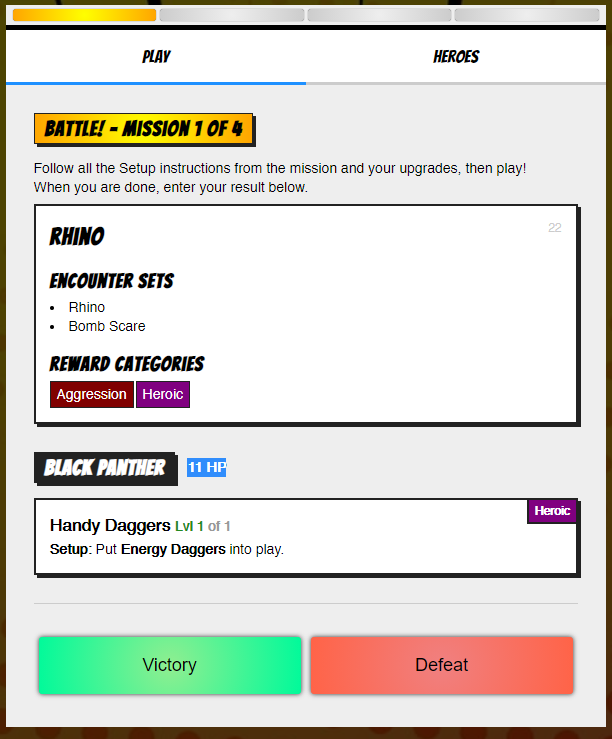 I won the game fairly easily with a Black Panther Aggression deck. The upgrade I picked has no upgrades, so during the Downtime phase I just healed to full.

Here were my upgrade options going into Mission 2: 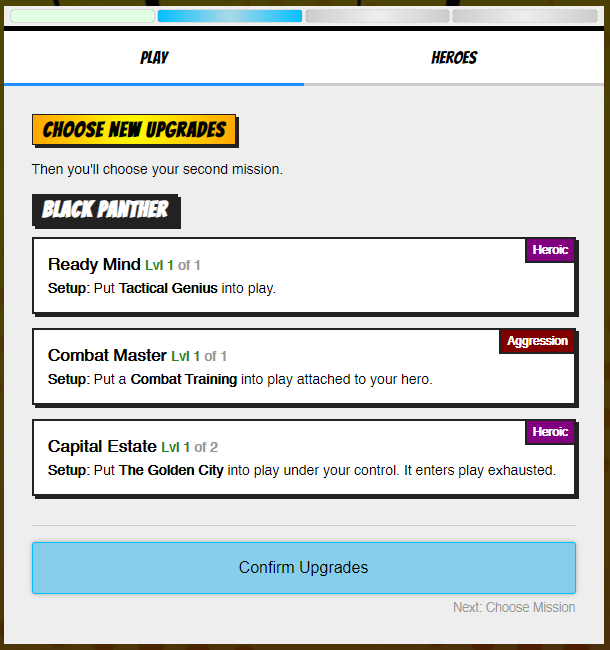 I picked Capital Estate because this upgrade seems really strong. Here are the mission choices: 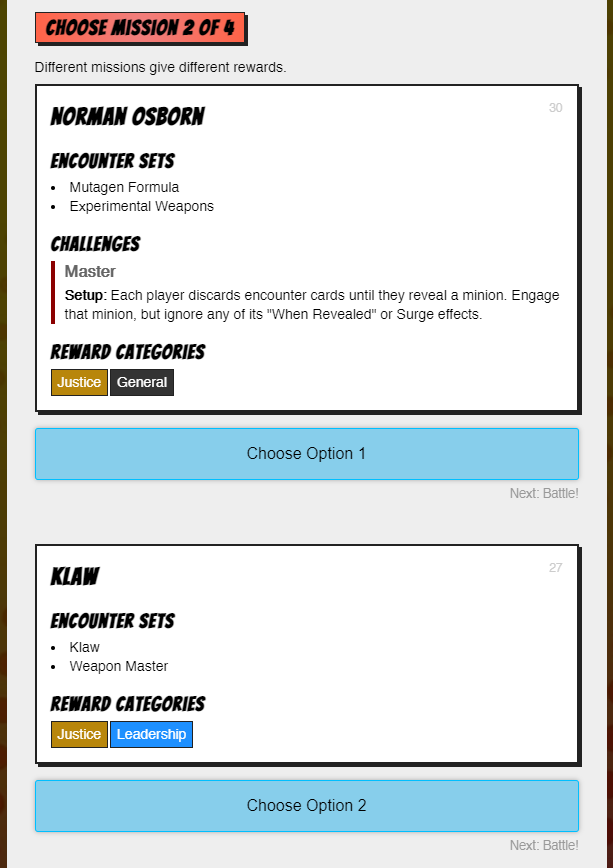 I picked the top one just because it has a Challenge on it, which I want to test out. First thing I've noticed is that Norman Osborn is the villain but the encounter set is Mutagenic Formula, which is the wrong one. I decided to go with the right Villain, Norman Osborn/Green Goblin, and swap out the wrong encounter set for the correct one, Risky Business.

I managed to win very easily. Probably because I'm doing stages I and II, instead of II and III.

I just realized I forgot to do the extra Challenge of the mission. Oops.

Here are the upgrade options: 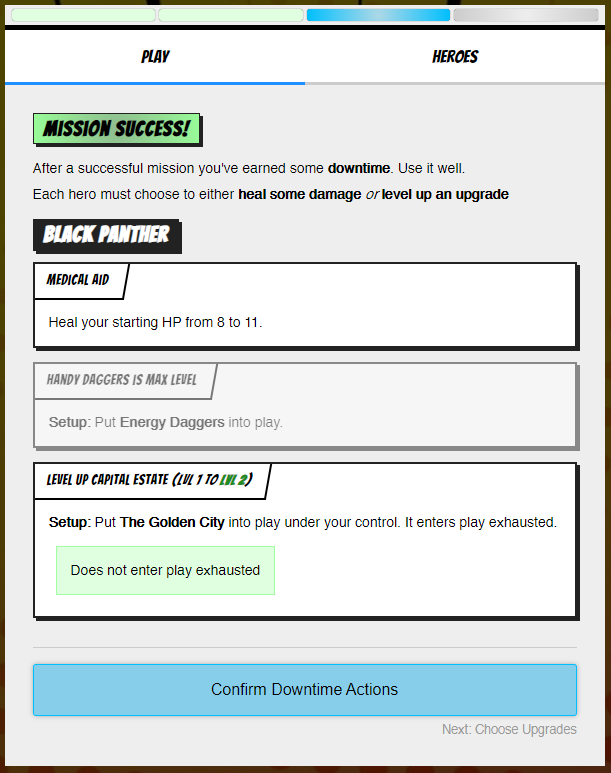 I put in my final HP as 11, so there's definitely a bug here. I picked the last upgrade because an extra 2 cards on turn 1, and on most other turns, is very good.

Here are the upgrade options: 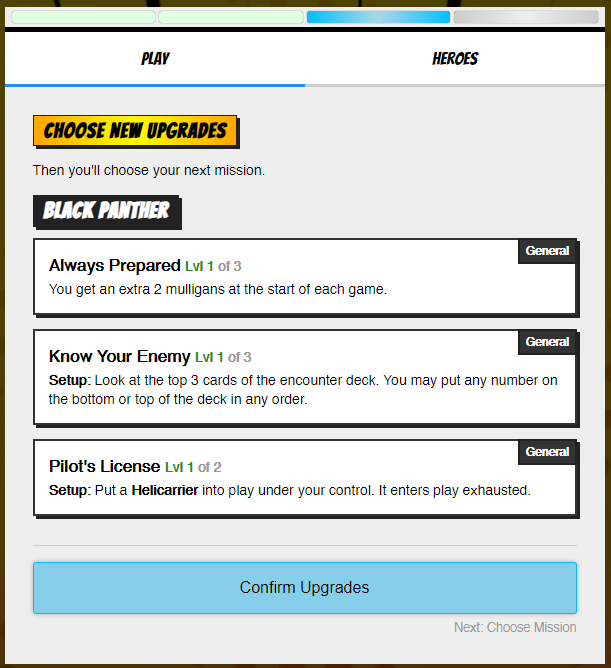 Here are the mission choices:

My first thought here is that the missions aren't increasing in difficulty enough.

That's enough testing for today. Here are the changes I'd like to make:

Popular posts from this blog

November 05, 2020
I have recently dusted off a project I started earlier this year: Rogue Champions. It is a companion web app for the Marvel Champions LCG card game by Fantasy Flight Games. Its goal is to create a rogue-like gameplay experience that spans multiple sessions of the game.
Read more

November 12, 2020
Today for Rogue Champions I am focusing on adding content  to the game. Since I started the project there have been many character and villain packs released, as well as The Rise of Red Skull expansion. Because of that, there is a lot of content missing that I would like to add. In this post I'll give a little insight into how the content is added. Adding Upgrades Most of the upgrades in Rogue Champions have specific Setup  instructions on them. These generally put a card into play for you. I wanted to use setup so that you don't have to check back on the app once you're playing. You just check all the setup instructions at game start, then play Marvel Champions normally. From a coding point of view, all of the possible upgrades are in the const/upgrades.ts  file. The upgrades have the following type export interface Upgrade { name: string description : () => any level: number maxLevel?: number requires: null | string requiresHero?: string levelUpMessag
Read more